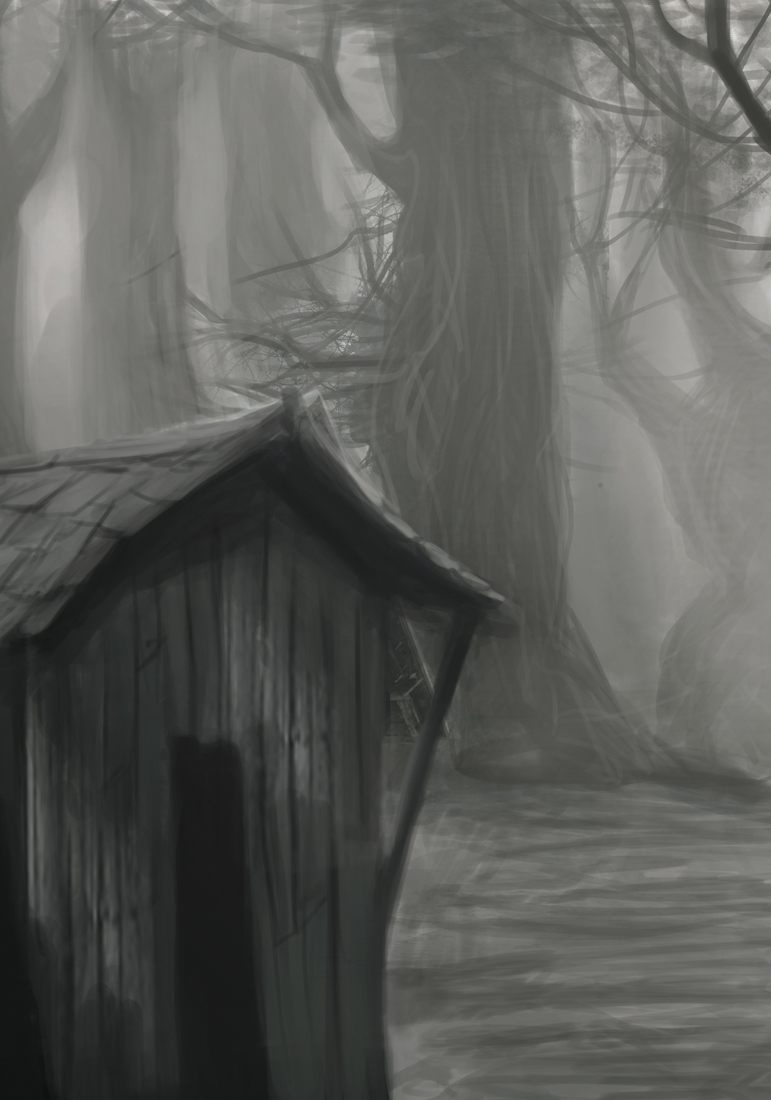 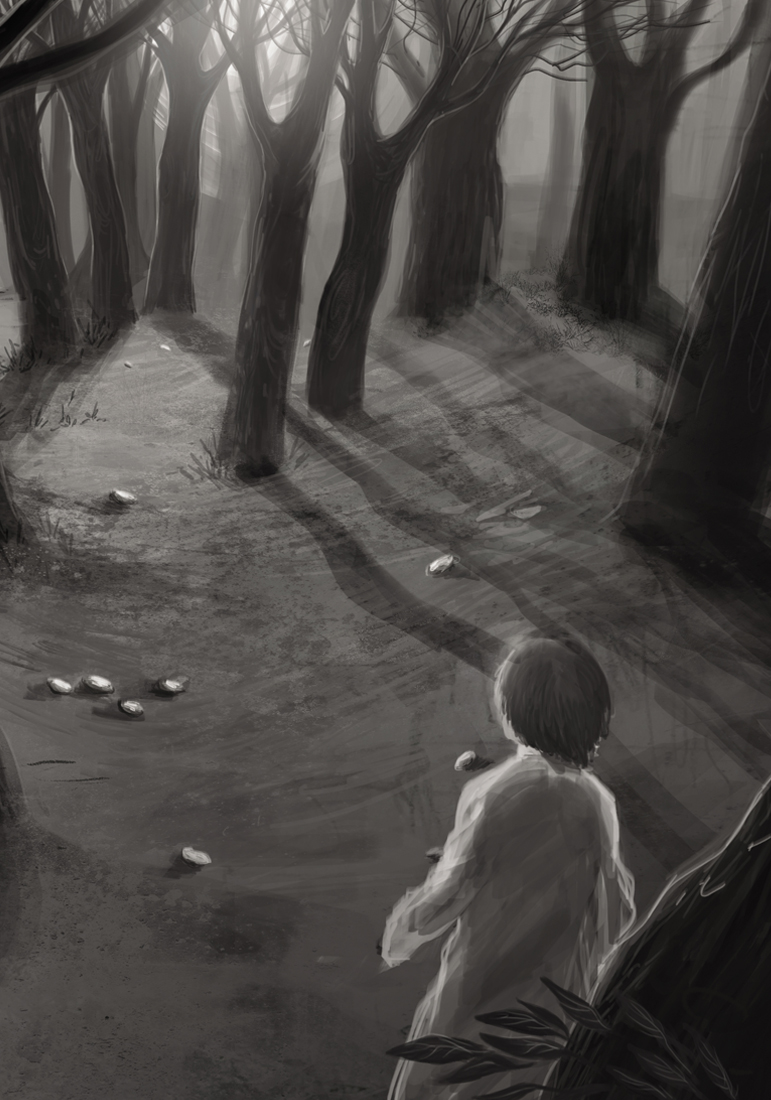 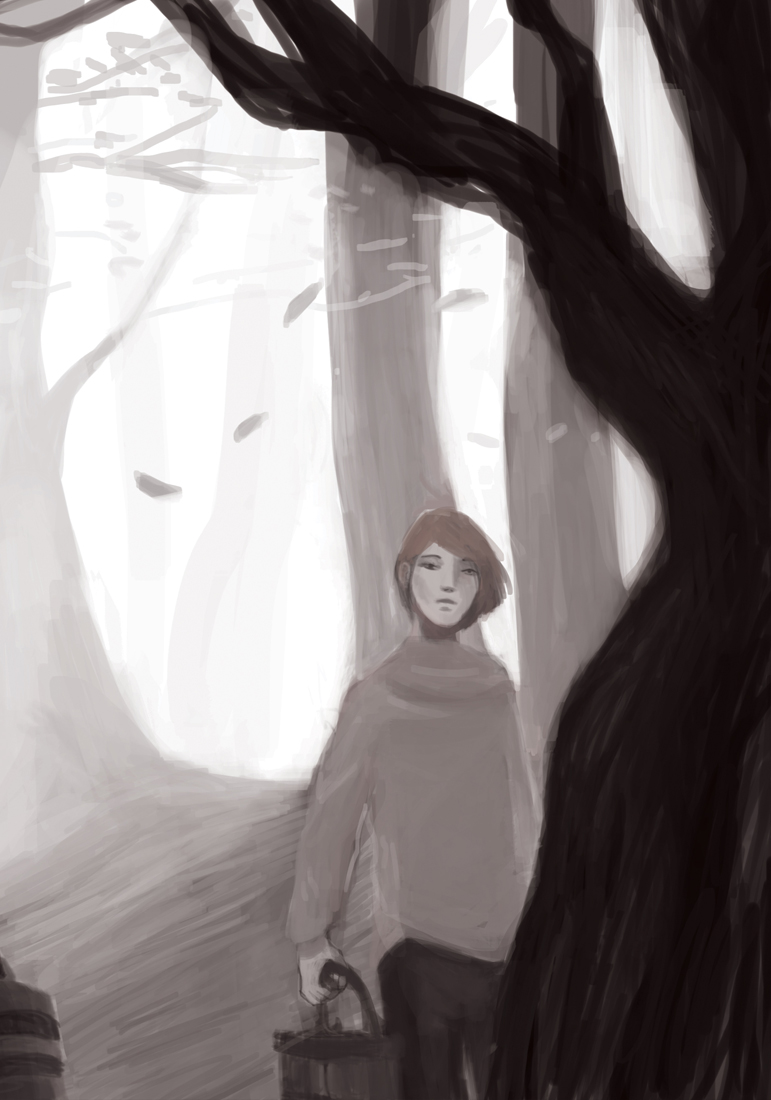 Written by the Grimms Brothers

Hansel and Gretel gathered together some twigs, a pile as high as a small mountain

The twigs were set afire, and when the flames were burning well, the woman said, “Lie down by the fire and rest. We will go into the woods to cut wood. When we are finished, we will come back and get you.”

Hansel and Gretel sat by the fire. When midday came each one ate his little piece of bread. Because they could hear the blows of an ax, they thought that the father was nearby. However, it was not an ax. It was a branch that he had tied to a dead tree and that the wind was beating back and forth. After they had sat there a long time, their eyes grew weary and closed, and they fell sound sleep.

When they finally awoke, it was dark at night. Gretel began to cry and said, “How will we get out of woods?”