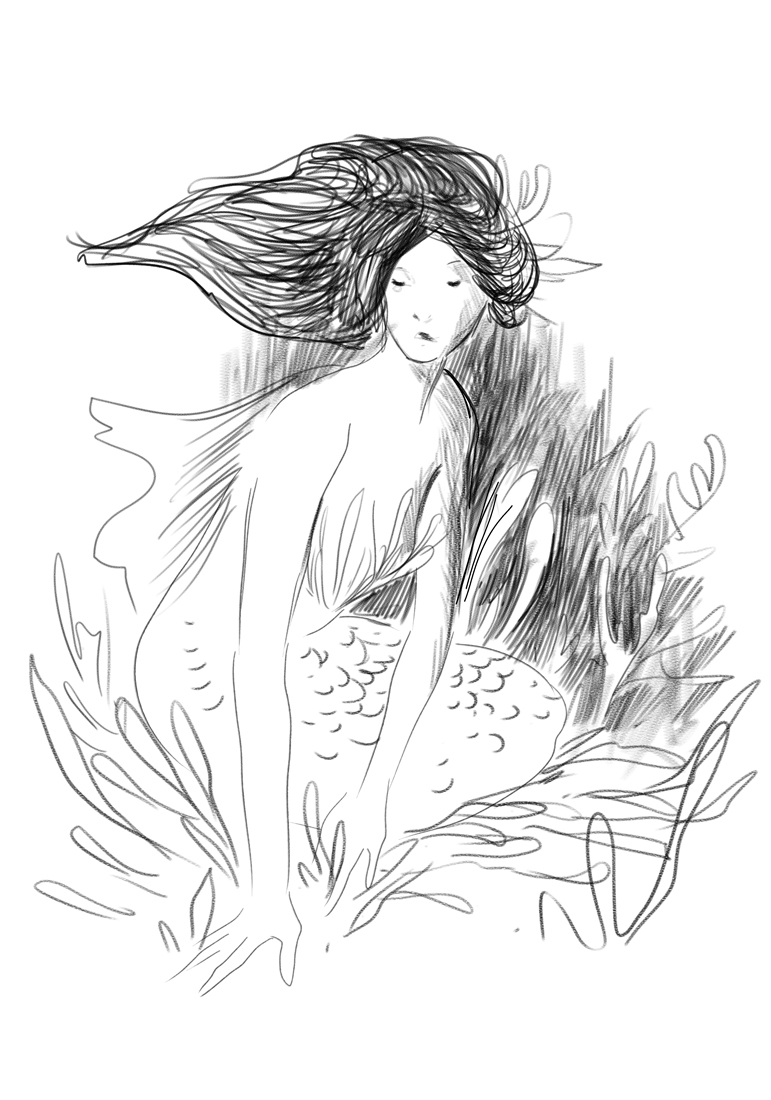 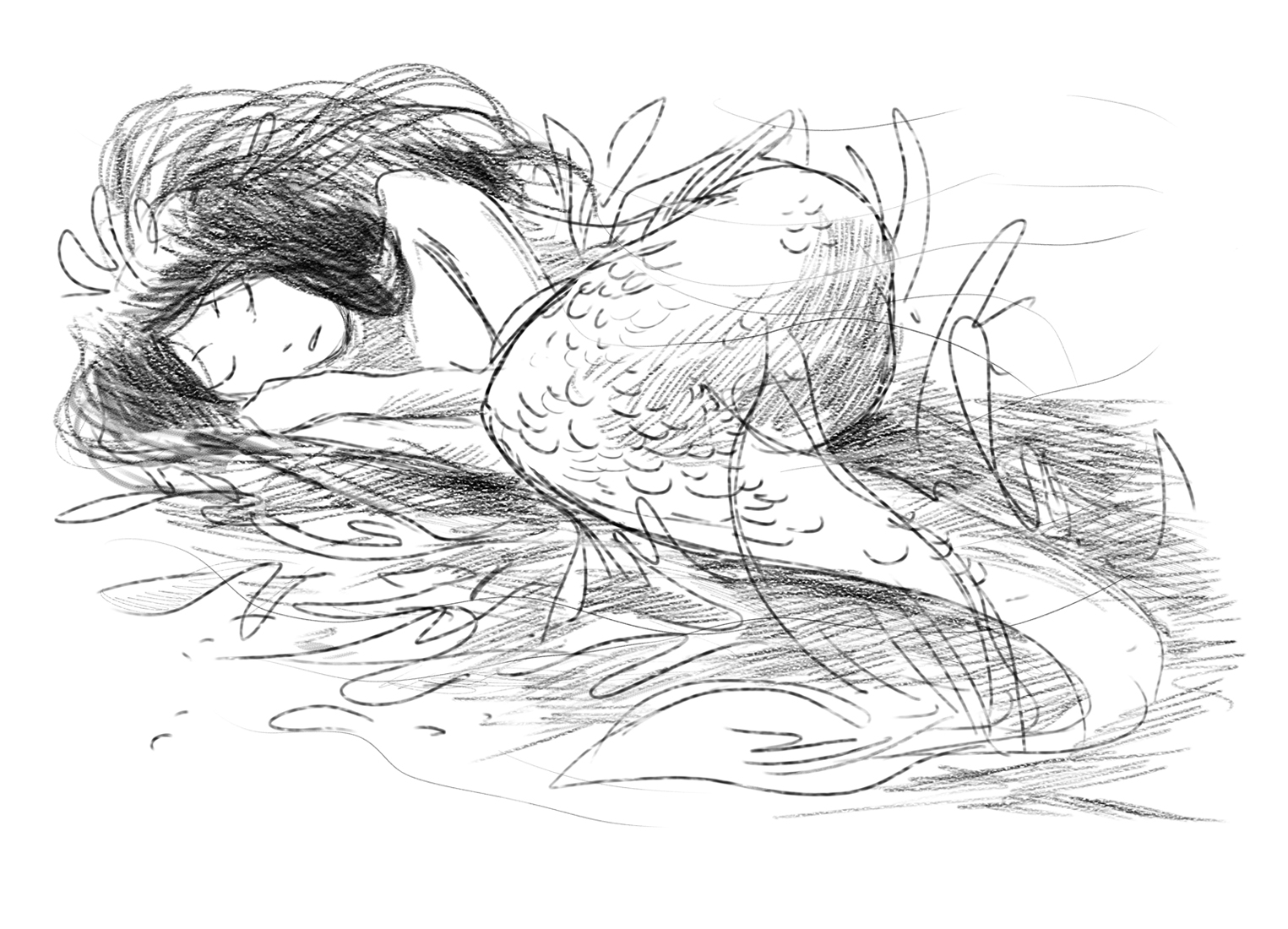 The youngest of the four princesses was the Little Mermaid. She spent much of her time swimming to ships that had fallen to the bottom of the sea.  The ships held treasures from the world above! She would fill her arms and set up her collection here and there. All the while she would sing. As she did, fish circled around to hear her.  For the Little Mermaid’s voice was the most beautiful one under the sea.

The girls knew that when they turned 15, they could swim up to the surface for the first time. It would be a long time that the Little Mermaid had to wait, as she was the youngest! So she made her grandmother tell her all about life up on land. Tales about ships and towns, and every bit of stories about humans that she knew. 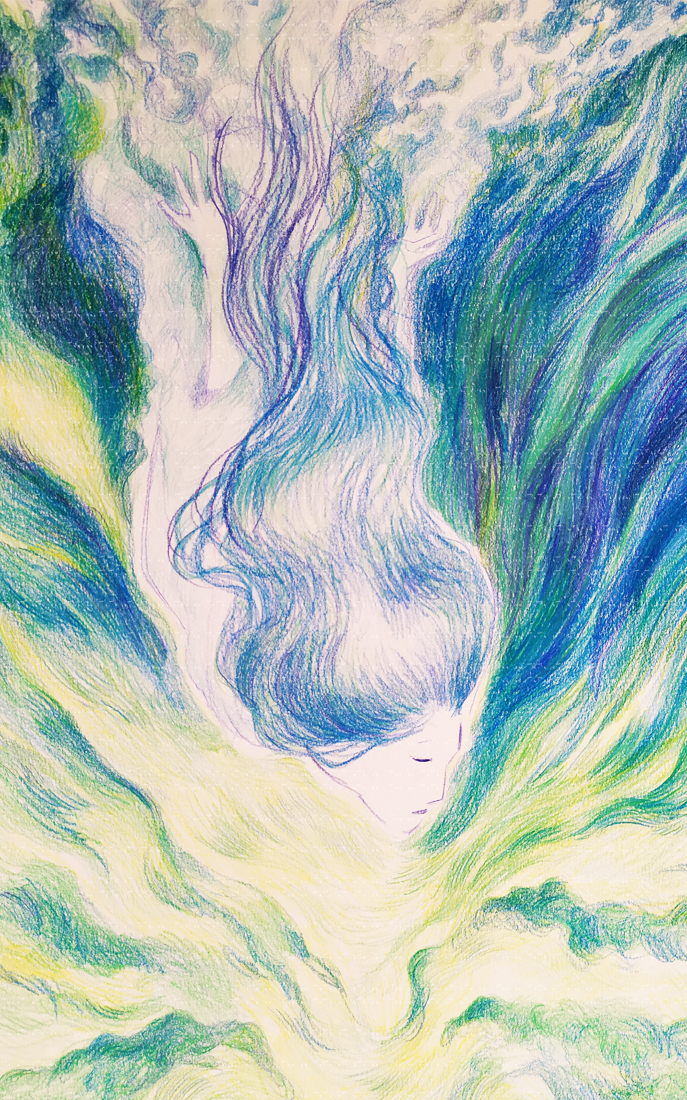 Sketchbook of the little mermaid 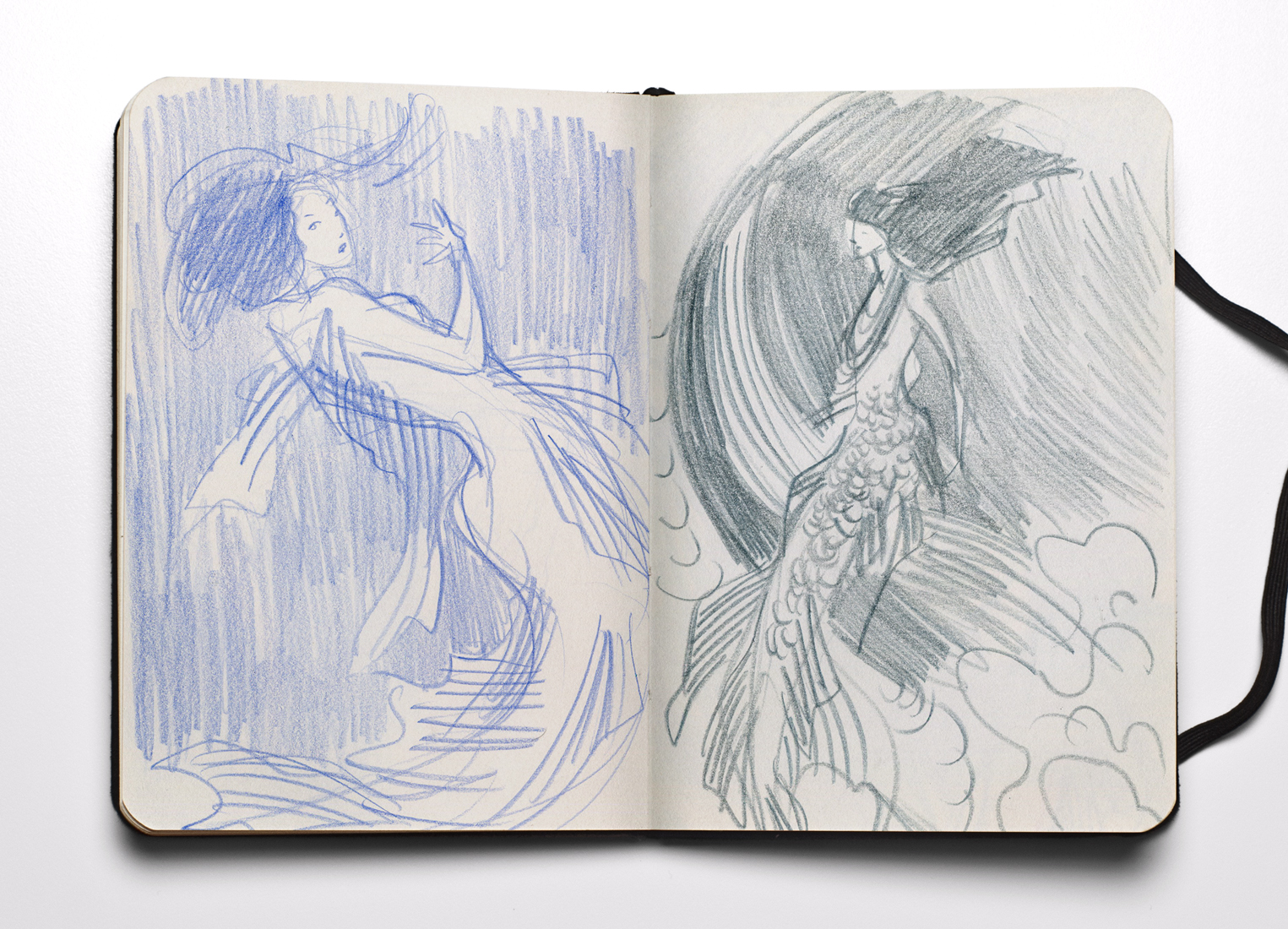 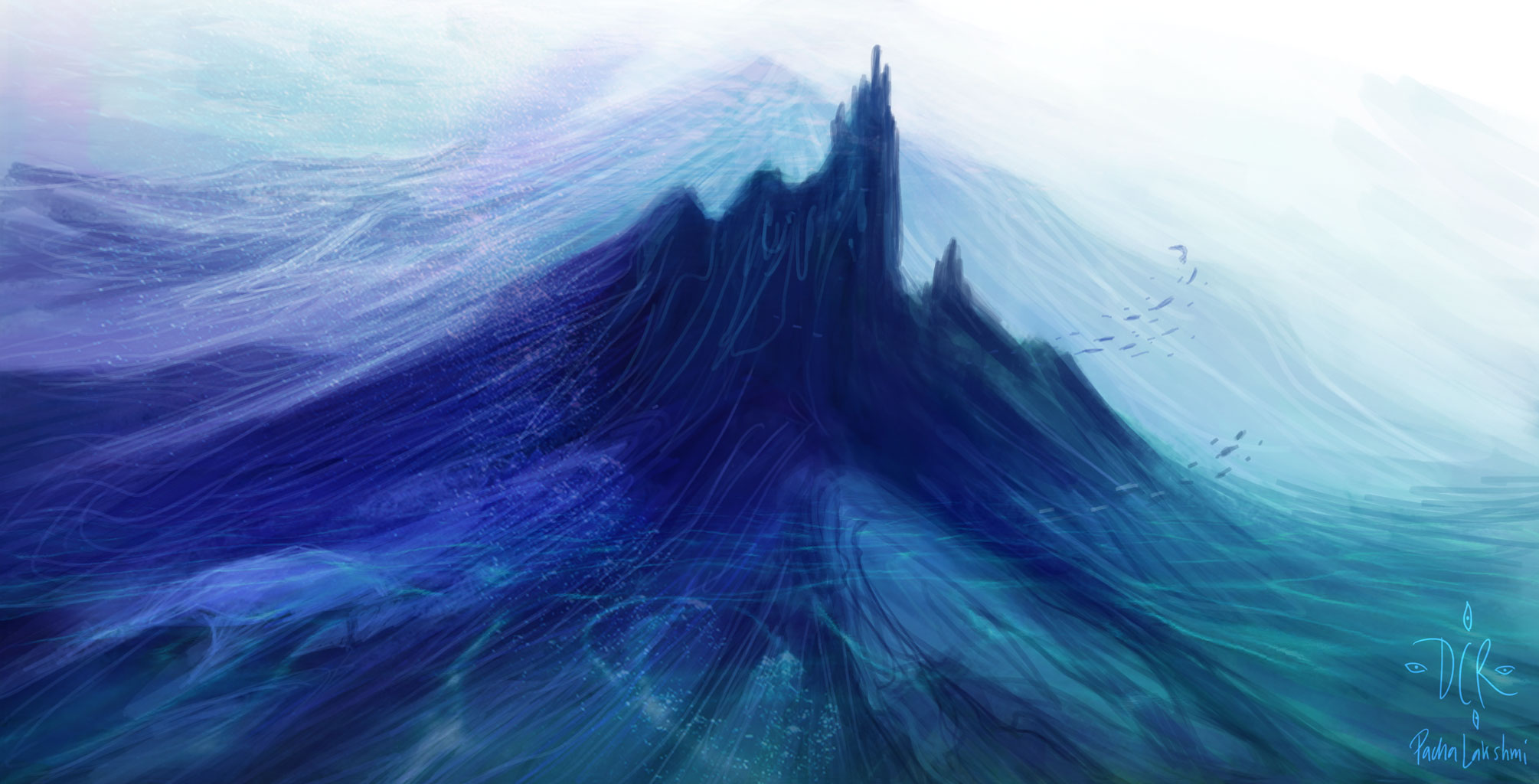 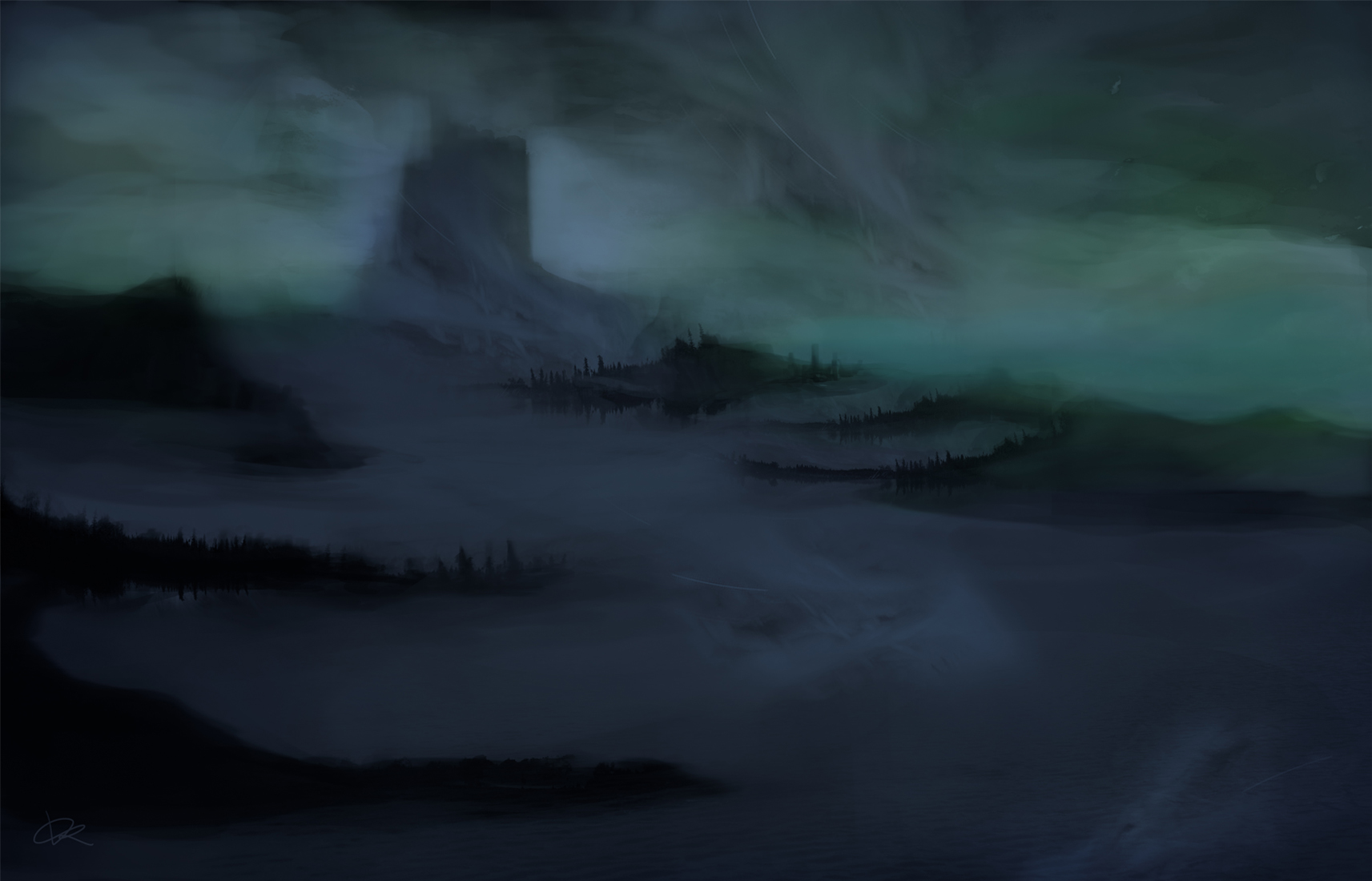